Tamarindo is not only Costa Rica's premier surf destination but also a terrific place for swimming and boogie boarding. The golden sand, palm-studded beaches seemingly call your name as the waves roll in. With a variety of shops, restaurants, bars, and nightlife and it's easy to see why Tamarindo is a  must for so many visitors. Within an hour of Liberia Airport, it is also one of the country's most convenient beaches and ties in well with other popular vacation hot spots such as Arenal Volcano and Monteverde. So what are you waiting for? Add a 3 - 5 night stay in Tamarindo to your Costa Rica vacation today! 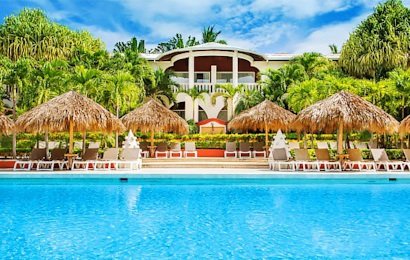 Located in the center of Tamarindo, the 240 room Hotel Tamarindo Diria Resort is comprised of three separate “villages” in one convenient resort. Each is unique, but you’ll always feel the authenticity of Costa Rica. Guests can enjoy direct beach access in the Sunset Rooms. The Tropicana rooms are set in an adult’s only section, while the Lagoon Poolview Rooms are perfect for families, surrounding a gorgeous freeform pool. Shops, spas, restaurants, and bars are all within walking distance of the Tamarindo Diria, but the main attraction, Playa Tamarindo is just steps away.

Sample Itinerary
Starting at $430 per person* 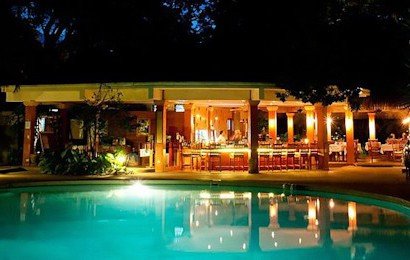 Capitan Suizo Beachfront Boutique Hotel is one of the highest rated hotels in Costa Rica and voted among the best one percent of hotels in the world according to TripAdvisor. Tamarindo’s most luxurious hotel, Capitan Suizo pampers guests with comfortable rooms, outstanding service, and attention to detail. Guests of the hotel can lounge around the beautiful pool by the beach or stroll down to the ocean. The Suizo is in the exclusive Langosta section of Tamarindo, so while you’re close enough, you won’t be distracted by town life. What why wait? Book your Capitan Suizo package today!

Sample Itinerary
Starting at $592 per person* 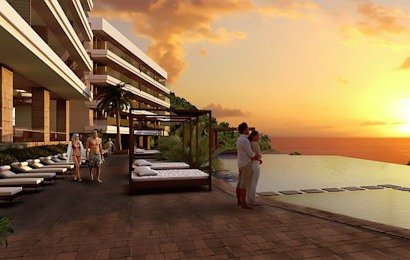 Overlooking the gorgeous Tamarindo Bay, the boutique style Esplendor Hotel provides some of the best ocean views in Costa Rica! Perched on the hillside, Esplendor takes advantage of the views with private balconies from every room and a large infinity swimming pool overlooking the Pacific coast. Sunsets at the hotel are magnificent! While the Esplendor is not beachfront, the hotel provides scheduled shuttles to the beach, or you can hike the "Monkey Trail" down to town or the beach area. All in all, Esplendor is one of the better values for ocean view hotels. Reserve your stay today!

Sample Itinerary
Starting at $415 per person*

Tamarindo offers a variety of hotels for all interests and price points. Hotels such as Capitan Suizo and Cala Luna provide a unique boutique experience with personalized service in the luxury section of town, Langosta. Also located in the Langosta section, the Barcelo Langosta Resort offers an all-inclusive beach front option with unlimited drinks, sprawling buffets and swimming pool conga lines. If you’re in search of a vacation rental, Sunrise Condominiums is conveniently in the town center, or Crystal Sands Condos will provide a luxurious base from Langosta. Hotel Jardin del Eden and Esplendor Hotel are affordable boutique style hotels in town. And of course, Tamarindo Diria is right in the village center, parked in front of the gorgeous Tamarindo Beach.

There's no shortage of fun things to do in Tamarindo!

Whether you’re a honeymooning couple, a group of fun-loving friends, or family of five, you’ll find plenty of activities and fun things to do in Tamarindo! Chill out, hang 10 and take surf lessons like you’ve always wanted to do. Go on a riverboat wildlife safari at Palo Verde National Park or go on a sea turtle nesting tour. Soar through the forest canopy on a zip line or go on an amazing Catalinas Island scuba diving adventure. Take in the beauty of a Costa Rican Pacific sunset on a romantic catamaran cruise or just sit back and relax on a seaside patio and enjoy a tropical cocktail. There is something to do for everybody!

Book Your Transportation to Tamarindo

Getting around Costa Rica has never been easier. We offer transfers to Tamarindo from anywhere in Costa Rica. Private transportation is available for convenient door-to-door service. Shared shuttle transfers are a more affordable option from most popular destinations.

Once in Tamarindo, getting around is easy. The downtown and beach areas are flat, easily walkable. Taxi cabs are cheap and readily available. Of course, rental cars are an option as well, though parking and traffic on the main beach road can be difficult at times.

What destinations should I combine with Tamarindo on my vacation?

Arenal Volcano is by far the most popular destination to combine with Tamarindo. Arenal is the Adventure and Hot Springs Capital of Central America after all! Thrill seekers will enjoy Costa Rica's best selection of adventure activities including whitewater rafting, canyoning and waterfall rappelling, whitewater tubing on the Rio Arenal, horseback or ATV riding, hiking to the crater of an extinct volcano, canopy zip lines, Venado Cave exploration, and much more. Arenal is not limited to adventure, though; this is also a terrific place for exploring the rainforest and wildlife safaris such as the canopy hanging bridges, safari boat tours, hikes through the jungle at the base of Arenal Volcano, the Childrens' Eternal Rainforest, La Fortuna Waterfall, and more. Of course, you can't forget the volcanic hot springs. There's no better way to reflect on the day's adventures than soaking in the hot springs with a refreshing cocktail. At four hours drive from Tamarindo, Arenal is within reach and well worth the effort! Most visitors combine 3 - 4 nights at Arenal with 3 - 5 nights in Tamarindo.

Monteverde Cloud Forest is another popular destination to combine with Tamarindo. Monteverde is a great destination for ecotourists interested in canopy activities, cloud forest or bird watching. Monteverde is home to some of the best canopy zip lines and hanging bridges in the world. Imagine soaring hundreds of feet on a zip line or walking through the cloud forest treetops on a hanging bridges adventure. Not to be overlooked, Monteverde is one of the best locations in the world for highland bird watching. Species such as the Resplendent Quetzal, Emerald Toucanette, and Bellbird are all here. Monteverde is around 3.5 hours from Tamarindo. Most visitors stay for 2 - 3 nights before heading to the warm and welcoming sunshine in Tamarindo.

Rincon de la Vieja Volcano is another option to mix with Tamarindo on your vacation to Costa Rica. Located about an hour and 45 minutes from Tamarindo, it is the closest popular inland destination. The area is home to several adventure ranches, locally referred to as "haciendas". These haciendas offer activities such as canopy zip lines, whitewater tubing, horseback riding, cowboy for a day, waterfall visits, and more. Most visitors stay in Rincon de la Vieja for a couple of nights before moving on to the gorgeous beaches of Tamarindo.

Rio Celeste is a wonderful place to combine with Tamarindo if you are interested in seeing Central America's most beautiful waterfall. Celeste is an off the beaten path destination and is not for everyone. But if you're willing to go off the grid for a couple of nights, you'll be greeted with lush emerald green rainforest and the spectacular, turquoise blue waterfall. Rio Celeste is around 3 hours drive from Tamarindo. Most visitors elect for a two-night stay.

Samara and Carrillo are an excellent combined option of you would like to stay at more than one beach destination. Samara is a little over two hours from Tamarindo and Carrillo is just down the road from Samara. Samara has a laid back, authentic Costa Rican vibe. It is reminiscent of what Tamarindo was like 20 years ago. You'll find local shops and international seaside restaurants. Further down the road, Carrillo does not have a lot of amenities but does offer one of Costa Rica's most beautiful beaches.

How long should I visit?

Will I be safe?

In recent years, Tamarindo has seen more crime, but mostly petty theft. We do not recommend walking at night in low light areas or on the beach. Do not swim near the estuary on the north end of the beach as wildlife is protected there. Always use your hotel safe for valuables when not in use.

Which airport should I use?

Liberia Airport (LIR) would be the preferred choice as it is less than an hour away. San Jose Airport (SJO) is around 4 hours away. In years past, most people still used SJO as rates were cheaper, but Southwest introduced abundant & affordable flights to LIR in 2016 making it the preferred choice.

When is the best weather?

December through April is the best weather, but if you can deal with a little rain here and there, you can add May through the beginning of August and the second half of November.

Tamarindo could be described as touristy and Americanized. It is the most popular surfing beach destination in Costa Rica after all! Visitors will find American style shops and international cuisine. The crowd is diverse with locals and international travelers. At the same time, it is important to point out that Tamarindo’s in-town population is only around 600 (7,000 in the total district), though it can swell to 5,000 or more people during peak travel seasons. Compare that to places such as Cancun or St. Barts and it doesn’t seem quite as touristy!

Tamarindo is on the Pacific coast of the Guanacaste Province, 77 km southwest of Liberia. The town is 266 km west and a little north of Costa Rica’s capital city, San Jose. In short, northwest Costa Rica at the western-most point.