The official currency of Costa Rica is the “colon”.  The exchange rate usually hovers at around 550 colones to 1 United States dollar, though it obviously fluctuates at times. Check the link above for current rates. 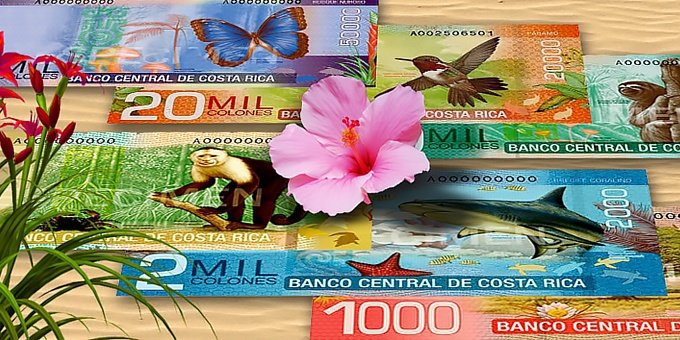 Nearly all vendors accept the US dollar, but will usually give you change in colones. It is not considered impolite to pay in US dollars, in fact most tourism businesses encourage you to pay in dollars.

Most towns of reasonable size and population have at least one bank. The most common banks are Banco Nacional de Costa Rica, Banco de Costa Rica and Banco de San Jose. Some international banks such as Citibank and Scotiabank have branches in Costa Rica as well.

Most Costa Rica banks offer ATM machines, but be aware that many turn the machines off between 10pm – 5am for security reasons. There is usually a minimal surcharge by the Costa Rican bank. It is a good idea to check with your own bank if they charge an international transaction fee.

Machines use Spanish as the language to communicate. Therefore if you do not speak Spanish, you should use a phrase book. Whatever you do, do not ask anyone other than a bank official to assist you as that is just asking for trouble.

When the machine dispenses your money, immediately cover the money before counting.