May is one of the best times to travel to Costa Rica, yet one of the months with the fewest visitors.  While it is the official start of the rain season across much of the country, the weather does not change like the switch of a light.  The weather is still usually nice for most of the day and the rains we do receive start to breathe life back to the forest. 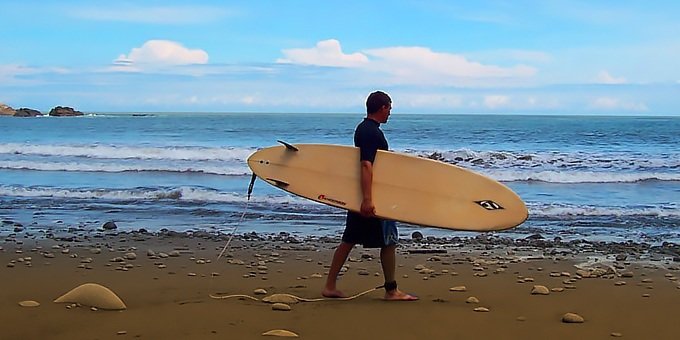 May is the beginning of the rainy season or the green season over most of Costa Rica. But this does not mean it rains continuously or even often. In the parts of the country which are affected, the usual pattern is rain in late afternoon or overnight. This leaves the majority of the day rain free.  The little added moisture makes things lush and green making May one of the best months to travel to take advantage of good weather, low prices and lush flora and fauna.

Northwest Pacific Costa Rica is still in the dry season during May.  Temperatures usually reach the low 90s.  Rainfall does occur, but usually overnight or in the form of a passing shower in the late afternoon.

The Central Pacific coast is another nice place to visit in May.  Temperatures usually are in the mid to upper 80s.  Rains can occur in the late afternoon, but not every day.  The majority of rain will happen overnight.

The South Pacific is starting to feel the effects of the rain season in May.  Temperatures will be in the upper 80s to low 90s.  Rains will begin to happen almost daily in the late afternoon.

The Caribbean side also begins to feel the effects of the rain season in May. Temperatures stay high in the upper 80s to lower 90s.  Rains can happen here at any time, but generally pass by quickly.

The Central Valley is still nice in May.  Daytime temperatures usually are in the upper 70s.  Rains can occur, but usually do so in the late afternoon or evening.

May is the beginning of the green season which means lower prices and fewer tourists. This is a great time to get value for your money, especially with the Early Reservation Deals.  The better hotels that offer the best deals still reserve solid in advance.

May is a great time to travel and save money.  Green season pricing will be in effect.  Early Booking Deals can increase your savings as well.

May 1 - Dia de los Trabajadores – Labor Day with parades and Presidential “State of the Union Address” to congress and the people. Cricket matches in Puerto Limon.