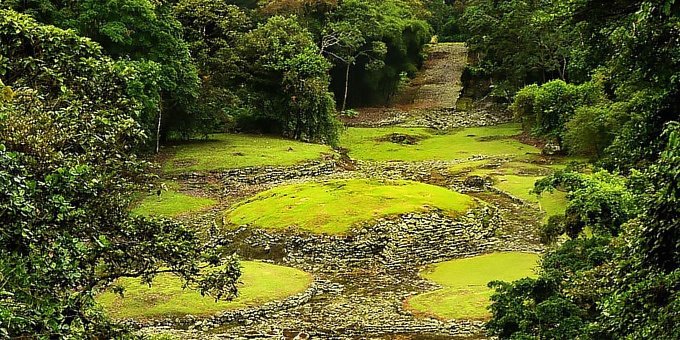 Christopher Columbus is credited with discovering Costa Rica in 1502 and gave Costa Rica its name which actually means “rich coast” because he believed the land to be filled with precious metals. At this time, the Nicoya Peninsula was the southernmost point of the Nahuatl culture, and the central and southern areas of Costa Rica were influenced by the Chibcha culture. Both cultures were basically eliminated by diseases (mostly smallpox) and mistreatment by the conquering Spaniards.

The largest city in Central America during Spanish Colonial times was Guatemala City. Because Guatemala City was quite a distance from Costa Rica making it hard to establish trade routes, Costa Rica was mainly ignored by the Spanish Monarchy and left to develop on its own. This had its good side as Costa Rica was relatively free of intervention by the Spanish Monarchy, but it also contributed to its poverty as Costa Rica did not share in the prosperity that other Colonies were experiencing. In 1719 one Spanish governor described Costa Rica as “the poorest and most miserable Spanish colony in all Americas”. The fact that many of the indigenous people had succumbed to disease and mistreatment did not leave a large population to work as forced labor for the Spaniards. Most Costa Ricans had to work their own land.

It is believed that these circumstances are what make the Costa Rican ideology today different from many of its neighboring countries in Latin America, and led to the development of Costa Rica's egalitarian society. Costa Rica became a “rural democracy” with no oppressed classes. Most Spanish settlers made their homes in the higher hills of the Central Valley where the climate was cooler and the soil was rich.

In the 1880's construction of railways in the eastern portion of Costa Rica brought many Jamaican immigrants to the Caribbean coast of Costa Rica. This immigration for labor on the railways is responsible for the approximately 3% of the country's black African population. Convicts from the United States and Chinese immigrants also worked on the building of the railway. A United States businessman named Minor Keith oversaw the construction of the railway and the Costa Rican government in exchange for his work granted him large tracts of land which he made into banana plantations and exported them to the United States. This made bananas, along with coffee, a principal export from Costa Rica, and gave the United Fruit Company (a foreign-owned corporation) a large role in the national economy.

Although Costa Ricans have enjoyed the benefits of political stability and peace, there were some periods of violence in the last hundred years. From 1917-1919, Federico Tinoco Granados was dictator until he was overthrown and forced into exile. In 1948, Jose Figueres Ferrer in the aftermath of a disputed presidential election led an armed uprising. This led to 2000 deaths and a 44 day Costa Rican Civil War that was the most violent event in Costa Rica in the twentieth century. This event led the victorious government to abolish the military in 1949. The new government also drafted a new constitution by a democratically-elected assembly. The new Costa Rican government established by the assembly held their first democratic election under the new constitution in 1953, when they elected Figueres who had become a national hero. Since that time, Costa Rica has enjoyed peaceful democratic elections, and peaceful transitions of power.

This stability of government has benefited Costa Ricans in many ways. Costa Rica has consistently been among the top Latin American countries in the Human Development Index, ranking 50th in 2006. Costa Rica ranks 5th in the world, and 1st in the Americas in terms of Environmental Performance Index! AND the Costa Rican government announced plans for Costa Rica to become the first carbon neutral country by 2021. Costa Rica ranks first in the Happy Planet Index! The Happy Planet Index measures how much of the Earth's resources nations use and how long and happy a life the country's citizens enjoy. Costa Rica is also the greenest country in the world according to this study.