August is another popular month for families taking advantage of the summer school break.  Many travelers that wait until August do so simply due to the lack of availability at quality accommodations during the month of July.  The beginning of the month is one of the heaviest travel periods of the year, but things quickly slow down to normal by the latter end of the month. 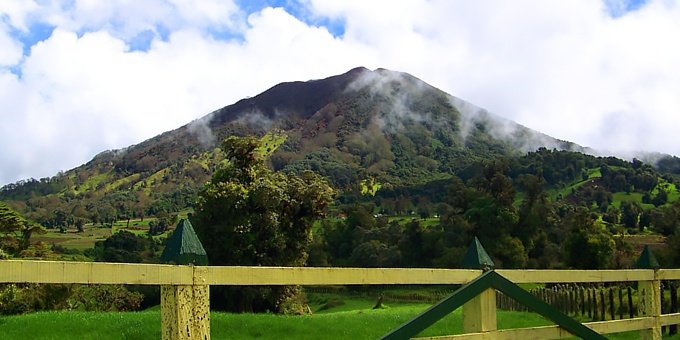 Though Costa Rica in general is in the rain season (or green season), the beginning of the month often has a drier start due to the mini dry season or veranillo as it is locally known.  This is a period where the rainfall significantly decreases from July through mid-August. The rains gradually begin to pick up again towards the latter part of the month.  In general it is a good idea to have light rain gear anywhere you go, particularly on the Caribbean side.

The Northwest Pacific is still mostly dry through August.  Day time temps are usually in the upper 80s to low 90s.  Rains are starting to become a little more frequent, but generally occur in the late afternoon and early evening.

The South Pacific is getting wetter and wetter as the green season continues.  The daily rains will begin to occur earlier in the afternoon, last longer and become heavier.  Temperatures will still be in the upper 80s to low 90s most days.

As the Pacific side becomes wetter, the Caribbean side actually starts to dry out.  As the month of August progresses, it becomes drier and drier on the Caribbean.  Temperatures will still be hot with day time highs usually hovering in the low 90s.

The Central Valley and Arenal will still have comfortable temperatures during the month of August, usually in the upper 70s.  Similar to Pacific coast areas, the beginning of the month will usually be nice with daily afternoon showers.  As the month progresses, rains will occur more frequently building in to the harder rains of September.

Though August is considered the green season, many families, couples with summer vacation time and Europeans on holiday travel during this month.  Reservations still should be done well in advance for quality accommodations, particularly in the first two weeks of the month.

August is a fairly good month to take advantage of low season pricing.  In addition, specials are often offered as Early Booking Rewards.  Most of these specials are offered up until a couple months in advance.

August 2- Virgen de Los Angeles- the patron saint of Costa Rica-La Negrita – Pilgrims from all over Costa Rica (some traveling on foot) com to San Jose to join the procession to the Basilica in Cartago.