February is the most popular month for couples and the highest month for reservations.  The weather is fantastic along the entire Pacific coast and nearly all inland destinations.  Destinations such as the Osa Pensinsula and San Gerardo de Dota are in their prime while enjoying the driest weather of the year. 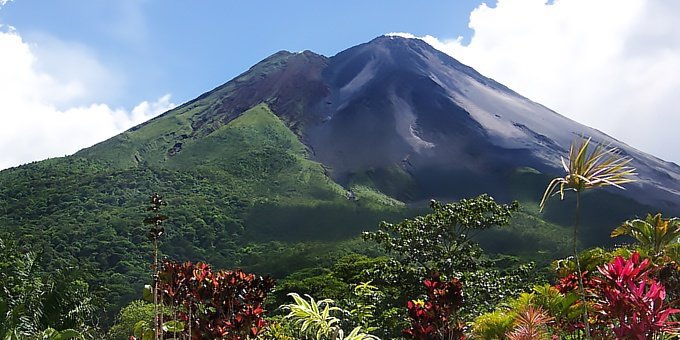 February is the most popular month to visit Costa Rica and with good reason! Most of the country is well into the dry season - experiencing plenty of sunshine and warm weather. What more could a vacationer from the cold northern climates ask for?

The Northwest Pacific is very dry in February.  The daily temperatures will usually be in the low 90s.  Rain rarely occurs and when it does, rarely lasts more than a few minutes.

The Central Pacific is enjoying the driest part of the year in February.  Daytime temperatures are usually in the upper 80s to lower 90s.  Rains are rare, but when they occur are usually at night.

The South Pacific is also in the driest season of the year. It is hot and steamy in February with daytime temperatures in the low to mid 90s.  Rainfall occurs, but usually overnight.

The Caribbean side weather begins to lighten up a little in February.  Daytime temperatures will be in the upper 80s.  Rains occur, but with less frequency than January.

The Central Valley and Arenal has great weather in February.  Daytime temperatures are usually in the upper 70s.  Rains are usually limited to overnight showers.

February is the most popular month to travel to Costa Rica. Many people from colder climates need the mid-winter break of beautiful sunny beaches and lots of activities! Advance reservations are not just suggested, but mandatory for any hotel of reasonable quality.  Most quality hotels are reserved solid 4-6 months in advance.

February is high season and high season pricing will prevail. You can get the most for your money by booking early to beat limited availability price increases and get the best hotel values.

February 15 - Fiesta Diablitos - festival of little devils during the last 2 weeks of February. There is a re-enactment of the battle between the toro (Spanish troops) and the diablitos (boruca Indians). Beautiful hand carved masks are worn along with traditional costumes. Food and fireworks complete the festivities in Rey Curre (south of San Isidro de El General)