January is undoubtedly one of the best months to visit Costa Rica.  The weather is great across most of the country and its cold up north!  Things are drying out and heating up along the Pacific coast and popular attractions like Arenal and Monteverde are going into their prime weather patterns. 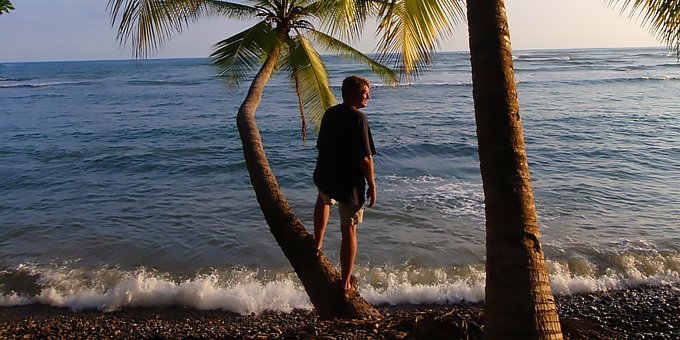 Most of Costa Rica is in the early part of the dry season during the month of January with high temperatures and little rain on the Pacific side. Temperatures at the coastal beaches and lowland surrounding areas average in the mid 80s to low 90s with plenty of sunshine.

The Pacific Northwest is very dry by January.  Temperatures are usually in the lower 90s.  Rainfall is minimal and can be a week or more between showers.

The Central Pacific is also dry in January.  Temperatures are usually in the upper 80s to lower 90s.  Again, rainfall is minimal, only occurring every few days in brief showers.

The South Pacific is as dry as it gets in the year.  Temperatures are hot, usually in the mid 90s during the day.  Rain can be expected in the form of brief showers every few days, though usually at night.

The Caribbean side of Costa Rica is still in the rain season.  Temperatures remain warm with daytime highs in the mid 80s. Rains occur regularly in January with some heavy rains that can last more than a day.

The Central Valley and Arenal has great weather in January.  Temperatures will be in the upper 70s.  Rain does occur in the form of evening showers, but not often.

January is one of the most popular months to travel to Costa Rica. Many people from colder climates need that break in the middle of the cold winter.  Since January weather is nearly perfect in Costa Rica, this is the time most people prefer to come.  This means it is advisable to reserve as far in advance as you can since most of the hotels that offer great value are booked solid many months in advance.

High season prices are in effect in January, which means you will pay more than in the green season, but you are practically assured perfect weather.  Taking advantage of early booking bonuses with advance reservations is the best way to save money and find the best values. Prices generally drop a little after the first full week in January.

The first week of January is the fiesta Santa Cruz in Santa Cruz on the Nicoya Peninsula with bull fights, parades, food, fireworks and concerts.

The 2nd week of January (around January 7th) is the Dia de Santo Cristo de Esquipulas - fiestas and dancing in Alajuelita, Dulce Nombre, and Santa Cruz. Alajuelita also has an oxcart parade and a procession to a cross on the mountain above the village where a blessing is given.