By November, the skies are starting to clear over the Pacific side beaches of northern Costa Rica.  While there is still some lingering rain, things are starting to dry as the Dry Season begins to make its push over this part of the country.  The beginning of the month is still pretty nice on the Caribbean side, but not for long… 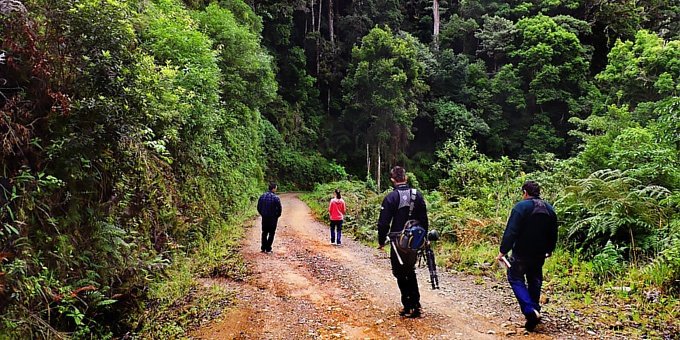 November is still the rain season across most of Costa Rica, but the sun will begin to break through more regularly on the Pacific coast.  At the same time, the Caribbean will begin to transition into the rainiest time of the year.

The Northwest Pacific is the driest area of Costa Rica.  November is the beginning of the dry season with each passing day bringing less rain.  Day time temps average in the mid 80s.  Rains occur frequently in the late afternoons, but with less frequency towards the end of the month.

The Central Pacific is still in the rain season in November.  Day time highs are usually in the low 80s.  Rains still occur frequently, but not as often or as heavily as those experienced in October.  Most of the rains begin to shift to the afternoon, going later in the day as the month continues.

The Temporales del Pacifico are starting to lessen in the South Pacific. Most days will still have significant rain, but the breaks are more frequent. Day time high temperatures average in the mid 80s.

The Caribbean side is not as dry as it was in September and October.  Rains start again in November and build as the month progresses.  Temperatures remain the same in the mid 80s to low 90s.

The Central Valley and Arenal have similar weather to the Central Pacific in November.  The rains are still frequent, but lessen as the month passes.  Day time highs are usually in the mid 70s.

November can be a funny month for reservations.  The beginning of the month is popular as the weather is starting to improve, but many accommodations still have low season pricing.  Though pricing begins to go up at the end of the month it remains popular due to Thanksgiving in the United States.  This is all topped off by hotels that are coming off of lower occupancy seasons and often willing to give Early Reservation Discounts.  The result is fairly high occupancy percentages most of the month with good incentives for early reservations.

November marks the start of the busier season and higher rates begin to go into effect for many accommodations.  This holds particularly true for the latter part of the month with many vacationers taking advantage of time off of work for Thanksgiving.

November 23- El Desfile de Carretas - one of the biggest parades of ox-carts – held in San Jose.