Established in 2001, San Lucas Island Wildlife Refuge is located on a 1,156 acre island in the Gulf of Nicoya and only accessible by boat. The island is known for its biodiversity, beautiful scenery, and mostly for the incredible history! 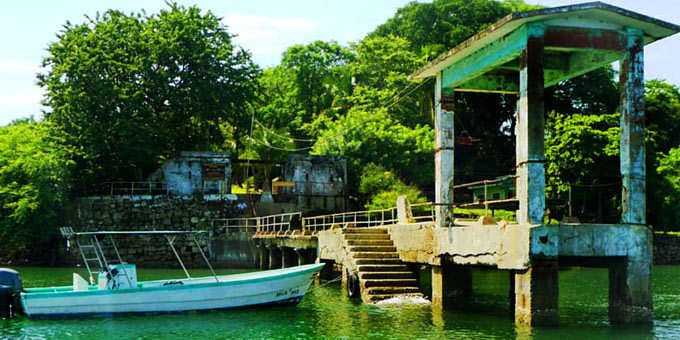 Isla San Lucas was the site of a penal colony with a reputation of being one of the most violent and cruel prisons in the world. The prison had an underground prison cell network where the most dangerous and hardened criminals in Costa Rica lived from 1873 - 1991. Because of the terrible conditions in which the inmates lived, there are many stories of the horrors the convicts endured including starvation, disease, and attempted escapes. The story of these inmates can still be seen on the blood stained walls.

Of course, the former prison is not the only reason to visit San Lucas Island Wildlife Refuge. As the name implies, there is a wide variety of wildlife to be seen. The island is inhabited by howler monkeys, deer, turkeys, and snakes. In the waters surrounding the island you may see sharks, rays, sea turtles, and barracuda.

Central Pacific temperatures remain the same nearly year round with average day time highs in the upper 80s to low 90s and night time lows in the upper 70s. Precipitation varies by month with the months of December through April being the driest.