The refuge is one of the wettest places in the world, constantly hit with heavy rains. Located within the Puntarenas Province and covering 6,943 acres, the abundance of rainfall creates an ideal setting for lush rainforest and numerous species of wildlife living in it. The refuge was established in 1988 and protects the forested areas and beaches that surround it, as well as the gulf on the Pacific side known as Golfo Dulce. 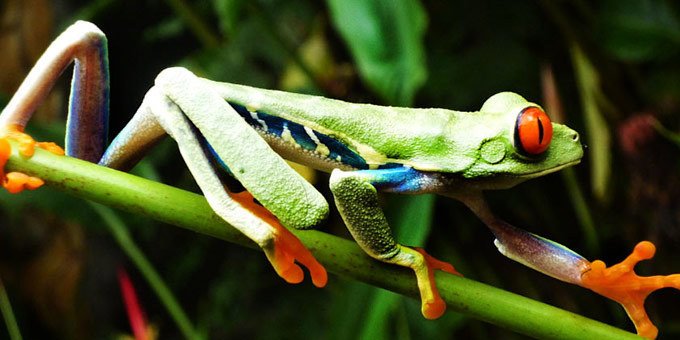 The heavy, abundant and almost constant rains feed innumerable waterways including the Esquinas River Estuary. These rivers support the growth of massive trees laden with epiphytes along the hiking trails. There are nearly 200 species of birds here including parrots, macaws, herons, and owls which are all commonly sighted. Agouties, sloths, anteaters, and snakes are all commonly seen from the park trails. Monkeys are often encountered as well, especially the spider and howler monkeys. The latter has such a powerful sound that it can be heard as far as two miles away.

The refuge does not have any public facilities; therefore be sure you get everything you need for hiking before arriving.