The wetlands is located in the Puntarenas Province along the south Pacific coast and was established in 1994 in order to protect the mangroves of the Terraba and Sierpe Rivers. This is the largest mangrove system in Costa Rica and among the largest in Central America. These wetlands are home to a wide variety of birds, reptiles, mammals and fish. Archaeologists have also been intrigued in this area as it contains artifacts that date back to the pre-columbian era. 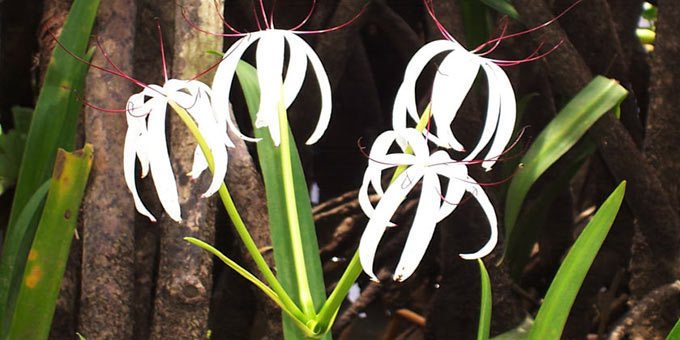 The Terraba Sierpe National Wetlands encompass and area of 66,850 acres of land and water; visitors might get a glimpse of reptiles such as iguanas, turtles, caimans and crocodiles. Mammals that are often sighted include three species of monkeys, sloths, coatimundi and raccoons. Sharks use the areas around the mouth of the rivers as a breeding area as the mangroves provide protection for their young. It was recently discovered that Pacific Green Turtles are also using the mangroves as their primary habitats are slowly disappearing. Various bird species such as Scarlett Macaws, trogons, herons, cranes and many others live here as the mangroves are rich in food supply.

There are no public facilities at these wetlands, but guides are present in the town of Sierpe and can show visitors some hidden secrets that are hard to find if not native to the area. Terraba Sierpe National Wetlands makes for the perfect day trip to explore the beauties of nature while enjoy the warmth of the sun on your skin!

Fun Fact: A large indigenous population once lived in the areas surrounding the Terraba Sierpe National Wetlands. They produced large stone spheres that are nearly perfectly round. Scientists still do not know how they were able to create them, which is considered a mystery to this day. Original examples can be found in the town center of Sierpe.