Costa Rica is undeniably an amazing and unique country with incredible biodiversity.  Over 25 percent of the land is protected in the form of national parks, reserves or refuges.  Hunting is prohibited throughout the entire country and Costa Ricans in general understand and respect wildlife. 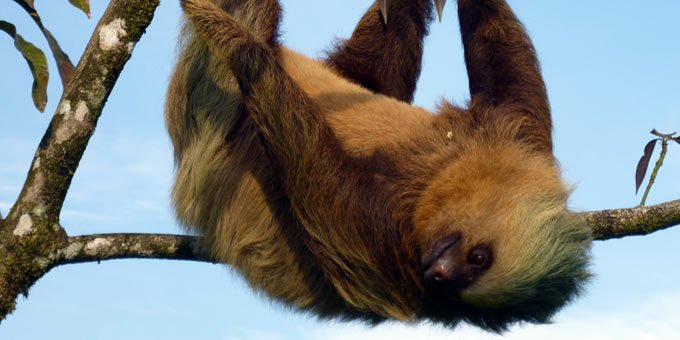 While it is impossible to write an article that includes all of the locations for wildlife observation (just one for our town would require several pages), we have compiled a list of the top 10 places to go in Costa Rica to observe wildlife.

Corcovado National Park:  Corcovado is one of the most biologically diverse places on the planet.  The biodiversity is simply astonishing with literally thousands of species of plants, mammals, birds, reptiles and amphibians.  Most visitors to Corcovado stay in the Drake Bay area and take a boat to either the San Pedrillo or Sirena Ranger Station and then hike in with a guide.   San Pedrillo is the most visited station as it is closer and more accessible.  As Sirena is more remote and less visited, it is easier to observe wildlife.

A trip to Corcovado is not easy though as it does require either a boat or flight in and lodges are generally expensive due to the high costs associated with bringing in food, materials, etc..  Day trips are available from Uvita and Dominical as an option for those that would like to save money.

Tortuguero National Park:  Similar to Corcovado, Tortuguero National Park can only be accessed by boat or plane.  The park is located on the northeast Caribbean coast and best known for the turtles that nest there.  Lesser known is the fact that this is a fantastic place to observe many species of wildlife such as monkeys, sloths, caiman, dart frogs and even occasionally jaguars.  Most of these tours are performed by boat through the canals.  While day trips are available, it is not recommended due to the amount of time it takes to get there.  There are many options for lodging, most of which include transportation from San Jose, tours and meals.

Cano Negro Wildlife Refuge:  Cano Negro is an excellent refuge to visit from the Arenal Volcano area.  While it takes an hour and a half to reach there, it is well worth the time as you are all but guaranteed to see monkeys, caimans and many species of exotic birds. Tours are performed by boat on the Rio Frio and when the water levels are high enough, you may have the opportunity to go on the lagoon.

Monteverde Cloud Forest Reserve:  As the name implies, Monteverde is a high altitude cloud forest reserve.  This is an area of particular interest for birdwatchers as many species tropical highland birds live in these forests.  The most notable of the species include the resplendent quetzal, emerald toucanette and bellbirds.  Monteverde is also home to many mammals such as howler and white faced monkeys, sloths, pizotes and much more.

Marino Ballena National Park:  Marino Ballena National Park is actually primarily a marine park.  The park was designated to protect that many dolphins and whales that visit this area to rear their calves.  Common sighting include humpback whales that come from both the northern and southern hemisphere.  Dolphins can be spotted year round and sea turtles are not uncommon sightings.  As this is a marine park, boat tours are the best way to see it.

Cahuita National Park:  This is one of the smallest national parks in Costa Rica, but home to loads of wildlife.  Visitors are all but guaranteed to see monkeys, sloths, iguanas, snakes and more.  Day trips to the park are available from anywhere on the Southern Caribbean coast of Costa Rica.  Most tours also include a snorkeling trip to the reef in front of the park.

Ostional Wildlife Refuge:  The Ostional Refuge provides one of the most important nesting areas for Olive Ridley sea turtles.  Turtles nest on this beach nearly every night of the year, but the reserve is better known for the arribadas that occur once every month in the rain season.  Arribadas occur over a few day period when the moon is right and thousands of turtles can come at each night.  It is not uncommon to see miles of beach covered every few feet with turtles!

Hacienda Baru Wildlife Refuge:  Located along the south Pacific coast, this small refuge is the labor of love by environmentalist, Jack Ewing.  Ewing purchased a 330 hectares ranch back in the 1980s and reforested nearly all of it with fast growing rainforest trees.  The result of his work is Hacienda Baru Wildlife Refuge, which is one of the best places in Costa Rica for wildlife observation, particularly birdwatching.

Palo Verde National Park:  Palo Verde National Park is located in the headwaters of the Rio Tempisque, which feeds into the Gulf of Nicoya.  Visitors to the park usually take riverboat tours in search of giant crocodiles, monkeys, iguanas, and many species of birds.  Palo Verde is a must see for any visitor to the Guanacaste region that is interested in wildlife observation.