Braulio Carrillo National Park is located in the Central Mountains of Costa Rica, northeast of San Jose.  The park was established in 1978 to protect the rainforest and cloud forest within it from settlement and logging.  The closest city is San Jose, though there are several towns around the perimeter of the park.  Most visitors to the park come to see pristine rainforest and cloud forest within a short drive of San Jose. 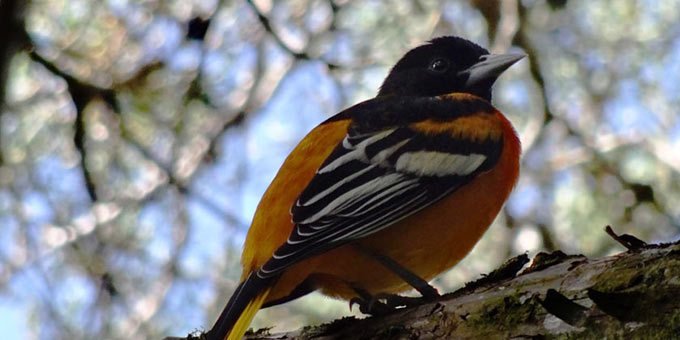 Braulio Carrillo is a large park, protecting some 47,500 hectares or 117,375 acres of land.  The terrain is varied, ranging from 36 – 2,900 meters or 118 – 9,514 feet in elevation.  The park protects several habitats including cloud forest, rainforest, and river habitats.  There are many hiking trails, though the primary trails are located just off of Rt.32 at the main park entrance.

Many species of wildlife inhabit Braulio Carrillo Park.  Monkeys that inhabit the park include spider, capuchin, and howler monkeys.  Large feline species include jaguars, pumas, ocelots, and margays.  In addition, there are tapirs, tayras, raccoons, armadillos, porcupines, pacas, and peccaries.  There are many amphibians in the park such as smoky jungle frogs, sapo dorado, red-eyed leaf frogs, blue jeans darts frogs, and green-and-black dart frogs.  There are also many reptiles including various lizards and snakes such as the fer-de-lance, eyelash pit viper, hog nosed pit viper, bushmaster, vine snake, and boa constrictors.  Braulio Carrillo is excellent for birdwatching with over 500 species identified.  Species found within the park include the resplendent quetzal, emerald toucanette, bellbird, keel-billed toucans, chestnut-mandibled toucans, king vultures, silky-flyctahcer, several species of trogons, parrots, parakeets, eagles and hummingbirds.

Braulio Carrillo National Park is managed by the government of Costa Rica.  It is open from 8 AM – 4 PM daily.  There are three ranger stations with public restrooms and basic amenities.  There are no official overnight facilities.  The majority of visitors stay in Heredia, San Jose or Sarapiqui.

The elevation variance range (36 – 2,900 meters) is the greatest of any national park in Costa Rica.  The lowest elevation is at the La Selva border.  The highest is at the summit of Barva Volcano.  The dormant volcano is said to contain a black colored crater lake.

The hiking trails from the main park entrance offer two routes, the Capulin or the Sendero Natural Botarrama. The Capulin is a little over an hour hike and can be steep at some points. The other trail, Sendero Natural Botarrama, is not as rigorous as the Capulin, and is recommended for hikers of a novice level. These trails are great for birdwatchers, which will have the opportunity to observe many species within a short hike.

Visitors can catch a glimpse of the wide variety of wildlife on a cable car ride through the treetops, with a canopy tour offered at the Aerial Tram on the eastern flank of the park. These cars reach elevations as high as 170 ft at times. Along the upper slopes, horseback riding is offered as well.

Quebrada Gonzalez sector:  From San Jose, take Rt. 32 east until you see signs for the park.

Barva Volcano sector:  From San Jose, take Rt. 3 north to Heredia.  Then take Rt. 126 to Barva.  From Barva, take Rt. 114 to Sacramento and then and follow signs to the park.

As Braulio Carrillo is so large and varies in elevation so significantly, the weather also varies considerably.  In the lower areas, daytime temperatures are often in the mid-80s and nighttime temps in the 70s.  In higher elevations, daytime temperatures are often in the mid-60s and overnight temperatures can be in the upper 40s to lower 50s.  Some parts of the park receive up to 6,000 mm or 236 inches of precipitation annually, so be prepared for rain.  The driest months are typically January through April and July.

Visitors to Braulio Carrillo should pack shorts, tee shirts, appropriate shoes, rain gear, sun block. It is also advised to bring at least one pair of pants, a long sleeve shirt, and even a sweat shirt or light jacket.  Our Costa Rica packing list has plenty more ideas.

Fun Fact: Braulio Carrillo has the most significant elevation variance of any of the national parks in Costa Rica.  It ranges from 118 feet at the La Selva border all the way up to 9,514 feet at the summit of Barva Volcano.