The wildlife that is hidden in the various habitats throughout Costa Rica is what makes this country unlike any other. As North and South America converge on this small isthmus, there is an explosion of species from both continents. The rainforest is where the majority of the wildlife can be found. The reliance of these species upon one another is an extraordinary feat of biodiversity. 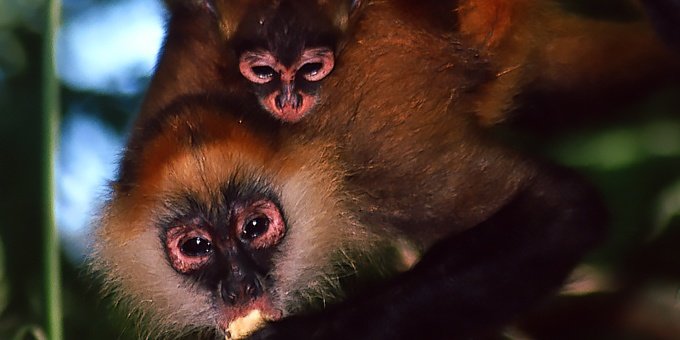 The protection and conservation of the wildlife of Costa Rica is a top priority. Nearly twenty eight percent of the country is dedicated to national parks, wildlife refuges and reserves. Within these parks are some 250 species of mammals, well over 800 bird species, 175 amphibians, 225 reptiles and thousands of species of trees and plants.

For those planning a nature vacation in Costa Rica, there are several places that are better than others for wildlife observation. The following are the best areas in each region of the country.

Top locations for wildlife observation in the Northern Zone include La Selva Biological Station, Cano Negro Wildlife Refuge, Arenal National Park, Tenorio National Park and Monteverde Cloud Forest Reserve. La Selva Biological Station is well known for a vast array of bird species as well as reptiles and amphibians. Cano Negro is home to one of the highest concentrations of Caimans in the world as well as 3 species of monkeys and many migratory birds. Arenal National Park is also a great place to observe monkeys, sloths and toucans. Tenorio National Park is home to a great number of tropical birds, mammals and amphibians. Monteverde Cloud Forest Reserve is a birdwatching paradise; home to such species as the Resplendent Quetzal, Bellbird and Emerald Toucanette.

Some of the best locations for wildlife observation in the Northwest Pacific include Santa Rosa National Park, Las Baulas National Park, Ostional and Camaronal Wildlife Refuges, Cabo Blanco Natural Reserve and Palo Verde National Park. Santa Rosa is one of the least visited parks in Costa Rica and is home to jaguars, monkeys, armadillos and even nesting turtles. Las Baulas is a primary nesting area for Leatherback Turtles. Ostional and Camaronal Wildlife Refuge are primary nesting sites for Olive Ridley Sea Turtles with thousands coming to shore at Ostional during arribadas. Cabo Blanco Natural Reserve was the first national park of Costa Rica and is home to numerous species of wildlife including Scarlett Macaws. Palo Verde is also home to Scarlett Macaws, but also one of the best places in the world to observe migratory shore birds, crocodiles and white faced monkeys.

The Central Pacific is loaded with wildlife, particularly in the inaccessible mountains. Out of the accessible areas, the best places to observe wildlife include Manuel Antonio and Carara National Parks. Manuel Antonio is a small figurative island of rainforest along the Pacific coast that is home to three out of the four species of monkeys found in Costa Rica and both species of sloths. All are plentiful and likely to be seen within a few day visit. Carara National Park is home to a flourishing population of Scarlett Macaws and a great area for plenty of other species of birds. The Tarcoles River borders the park and is famous for its giant crocodiles that can be easily observed from the bridge.

The Caribbean side of Costa Rica is an amazingly biological diverse region. Tortuguero National Park, Cahuita National Park and the Gandoca Manzanillo Wildlife Refuge are top spots for wildlife observation. Tortuguero National Park is mostly known as a primary nesting site for Atlantic Green Sea Turtles, though lesser known as a fantastic place to spot numerous endangered species such as Manatees or Spider Monkeys. Cahuita National Park is easily accessible and home to two species of Monkeys, Toucans, Pizotes and more. Gandoca Manzanillo Wildlife Refuge has somehow managed to slip past the mainstream radar, yet one of the most biologically diverse locations of Costa Rica.

Its not difficult to figure out that the Central Valley cities of Costa Rica do not have a lot of wildlife. However within a few minutes of entering the surrounding mountains, wildlife abounds. Top areas for wildlife observation within the Central Region include Braulio Carrillo National Park, Los Quetzales National Park and Juan Castro Blanco National Park. Braulio Carrillo is the closest to San Jose and yet a world apart. It is comprised of primary rainforest and cloud forest. Los Quetzales National Park is a cloud forest park located in the central highlands and is one of the most successful breeding habitats for Resplendent Quetzals. Juan Castro Blanco National Park is one of the least visited parks in Costa Rica, though home to a wealth of biodiversity.